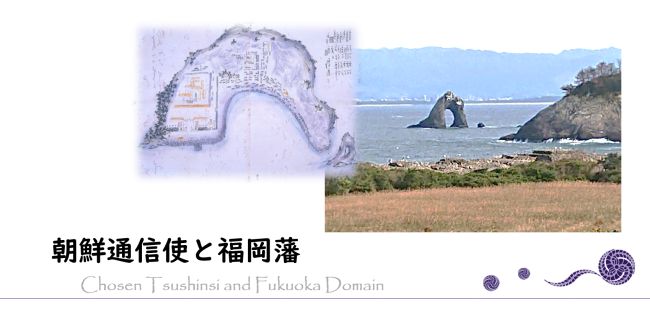 1. What are the Chosen Tsushinshi ?
The Chosen Tsushinshi (朝鮮通信使), called “Joseon Tongsinsa:” (朝鮮通信使)” in Korean, were diplomatic embassies sent by Korea to Japan throughout the Edo period. “Chosen/Joseon” means “Korea” and “Tsushinshi/Tongsinsa” means “embassies.” Cross-cultural exchanges through Chosen Tsushinshi symbolized peace, good-will, and friendship based on mutual respect between Japan and Korea.

History of the Chosen Tsushinshi
The history of this diplomatic system was reviewed and stipulated by Korea in 1802. According to this system of diplomacy, the Tsushinshi/embassies had to meet the following conditions:
1) They had to be sent by the King of Joseon to the Shogun/General of Japan to express congratulations, condolences, or resolve urgent matters.
2) They had to be organized by Sanshi(three envoys proper: seishi(chief envoy), fukushi(vice envoy), jujikan(overseer)) or central officials of lower rank.
3) They had to carry the King's writings, gifts, and so on.
During the Muromachi period, 61 messengers claimed to be royal ambassadors. However, only 6 were admitted as Tsushinsi between 1413 and 1479.
During the Toyotomi administration, the Tsushinsi were sent twice, in 1590 and 1596, but both ended in vain. Although Hideyoshi Toyotomi's invasion of Korea ended with his death, the war devastated Korea. Ieyasu Tokugawa, who was the Shogun after Hideyoshi and who did not dispatch invading troops, restored diplomatic relations with Korea after negotiations with Samyeong Daesa Yujeong who was representative of the Korea side.
Initially, the main purposes of Korea were to promote peace with Japan, learn about Japanese politics, and repatriate Korean POWs. However, due to pressure from the hegemony struggle between the Mina and the Qing in China, Korea sought even deeper friendship with Japan. The Japanese Edo Shogunate also tried to control the Daimyo, powerful Japanese feudal lords, by using the dignity brought by international amity and ceremony with Korea as incentive.
The Edo Shogunate regarded visits of the Chosen Tsushinshi as important and grand ceremonies. The relationship between Korea and Japan became more intimate, and the role of the Tsushinshi changed to that of embassies mainly celebrating the ascension of a new Shogun or other important events. A letter from the King of Joseon was also exchanged with a reply of the Shogun on these visits.
From 1607 to 1811, the Chosen Tsushinshi visited Japan twelve times. Most of these visits were to Edo with two exceptions. The second visit was to Fushimi in Kyoto and the twelfth was to Tsushima. On the fourth, fifth, and sixth visits the embassies also visited Nikko.
The Tsushinshi were large embassy groups of 400 to 500 people and included painters, medical staff, translators, musicians, and the Sanshi. They departed from Hanseong, the capital of Joseon (now Seoul), and traveled about 3,000 km to and from Edo. Missions typically lasted more than six months. During their travels, the Tsushinshi interacted with many cultured people through writing and poetry exchanges. Their fleets and parades were enthusiastically greeted by the masses as well. Their journeys had a tremendous impact on each social layer of Japan.

2. The Hospitality of the Fukuoka Domain
The Edo Shogunate welcomed the Chosen Tsushinshi at great expense and ordered Daimyos to treat them with the utmost respect. Powerful Domain, similar to modern prefectures, were required to host the Tsushinshi at their own expense. Maintenance of roads and bridges, accommodation and meals, transportation of numerous gifts and luggage including horses and hawks, and so on were all organized and financed by the Daimyos. Despite the heavy burden of hosting, Daimyos competed to give embassies their best hospitality to show loyalty to the Shogunate.
The Fukuoka Domain welcomed embassies at Ainoshima, an island about 8km off the coast of Shingu. This small island of 300-400 inhabitants became the gathering point for about 2000 people to welcome and prepare for the embassies. It was a daunting task. The mobilization of people was enormous and included preparatory and cleaning personnel. Inns were newly built for each visit and care and detail went into choosing tableware and other furnishings. In addition to preparing fires and cooking food, it was sometimes necessary to build wharfs for incoming ships and dig wells for water. If the weather was good, embassies would stay for just a day then travel to the next destination such as Shimonoseki or Katsumoto Iki. Otherwise, embassies stayed for much longer, increasing the need for food and other supplies.
The Tsushinshi stayed for eight days during the 3rd and 6th diplomatic missions in 1624 and 1655, respectively. They stayed for 18 days on the ninth visit in 1719. During the eleventh visit in 1764, the Tsushinshi stayed for 23 days from December 3 to December 26. The host had to treat not only the more than 400 embassies, but also the Tsushima Domain officials who accompanied and guarded the embassies throughout their itinerary. The actual difficulties in getting and transporting foods for the long stays were recorded in detail in the documents about Tsushinshi. The 1764 diplomatic mission was the last time that the Tsushinshi traveled during the Edo period at such exorbitant costs. Due to the financial deficit of both Japan and Korea, the 12th Chosen Tsushinsi was not held until 1811 and was hosted at Tsushima. Shortly after the Edo Shogunate collapsed. During this suspension, the Chosen Tsushinshi ended. 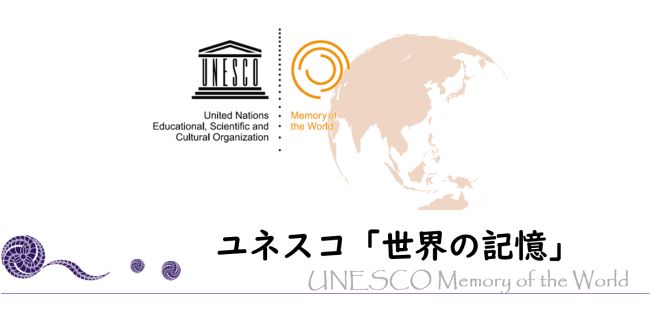 The Memory of the World is a project UNESCO started in 1992 to protect and promote the world’s important documentary heritage. The review is conducted once every two years, and nominations are limited to two per country.
The objectives of the project are:
1. To facilitate the preservation of the world's documentary heritage by the most appropriate techniques.
2. To promote universal access to documentary heritage.
3. To increase worldwide awareness of the existence and significance of documentary heritage.
The records include handwritten manuscripts, books, newspapers, posters, drawings, maps, music, films, photographs, etc. As of October 2017, 427 items are registered including the Declaration of Human Rights (France, 2003), Goethe's literary works, diaries, and letters (Germany, 2009), the oldest Quran in the world (Uzbekistan, 1997), Rigveda, the oldest of the ancient Indian scriptures of the Vedas (India, 2007), and so on.

The Liaison Council of All Places Associated with Chosen Tsushinshi
https://enchiren.com/ 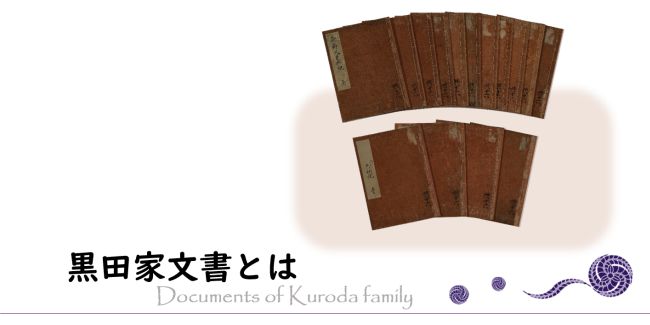 This website introduces documents about the Tshushinshi which visited Japan in 1764 to celebrate the inauguration of the 10th Shogun, Ieharu, of the Edo Shogunate. Documents from 1763 detailing the year of preparation before the ceremony are also included.

Usage Guide/References
-----------------------------------------------------------------------
【Usage Guide】
・ This homepage introduces the Documents of Kuroda family including “Chosenjin Raiheiki (Record of Korean’s Visit)”, consisting of 11 books, and “Chosenjin Kikokuki (Record of Korean’s Return)”, consisting of 4 books, as part of the Memory of the World Register of UNESCO, and includes photos and reprints of the whole documents.
・ The reprinted text was proofread based on the original document referring to “The Records of the Fukuoka Domain on the Chosen Tsushinshi 8, 11, 13”, Fukuoka Local History Research Society, 1999-2000, edited by the Ancient Documents Reading Party of Fukuoka Local History Research Society.
・ In the “The Records of the Fukuoka Domain on the Chosen Tsushinshi 8, 11, 13”, the letters such as 候, 等, 并, 々 were written with the original font but corrected to the typed letters. In addition, the abolished hiragana letters, such as 候、等、并、々 were remained as kanji and katakana letters, but ゟ was corrected to “より(yori)”.
・ In the original document, there were inserted hand written notes in black and in red in small spaces between lines, but it was difficult to arrange it in the same format, so they were located at the end of each page indicated in the photos.
・ "The Records of the Fukuoka Domain on the Chosen Tsushinshi 8, 11, 13" consists each paragraph regardless of the line breaks in the original document. However, on this website, the line breaks and arrangement of the original document were maintained as much as possible.
・Except for the above, it was followed as the reprint of " The Records of the Fukuoka Domain on the Chosen Tsushinshi 8, 11, 13".
・The reprinted text was proofread and checked with the original document by Ryugo Ishibashi, Kazuyo Shibayama, Kumiko Tokisato, Masaki Morohara and Takashi Yokoyama.
・The process of donating the Documents of Kuroda family to the Fukuoka prefecture from the Kuroda family was informed by the Local History Section of Fukuoka Prefectural Library, which used to hold the documents.
・ For English and Korean translations, they were proofread by Mr. Morohara and Mr. Yokoyama for English, and Ms. Kim Eun-Jung for Korean. Ms. Kim is the international coordinator of Kyushu National Museum.
・ Photos of the “Chosenjin Raiheiki” and “Chosenjin Kikokuki” posted on the website are owned by the Fukuoka Prefectural Library and the Kyushu History Museum.
* If you have any requests for publication / provision, please apply to the Kyushu History Museum (Click here for information about the procedures).
・ Photos posted on the other websites were provided by the Iwakuni Chokokan, Kyushu National Museum, and Shingu Town Board of Education, except for those in the Kyushu History Museum.
・ The homepage was laid out and the commentary was written by Yoshiji Sakai, curator of the Kyushu Historical Museum.